My Sunday Mom Confessions will appear this week covered in every product in the Seventh Generation line that includes the words “anti-bacterial” in it, along with a heavy dose of Amoxicillin with Sudafed and Advil because I finally took my butt to the doctor when my magic powers and herbs didn’t seem to be cutting it.

First, let’s talk about the doctor.  I’m not opposed to medical care; in fact, proper medical care is crucial to our existence.  I follow a standard vaccine schedule with Miles.  I encourage my husband to head to the doctor for any ache and pain.  It’s getting myself to the doctor that can be tricky.  Oh sure, I go for my annual OBGYN appointment (which I have affectionately dubbed “The Boat Show”, only because I get the feeling someone is trying to park a yacht in there with all the cranking open they do) and I go for an annual physical.  But otherwise, I ignore any cold/flu/allergy/possible broken bone until it reaches the point of unbearable pain.

This is when WebMD steps in, urging me to “seek immediate medical attention.”  Again, WebMD knew my appendix was rupturing, so I trust them a lot.

WebMD gave me a list of 50+ things, even though deep down I knew it was just a sinus infection.  Saturday morning, if that’s what you can call it at 3:30am when you’ve been jarred from a seemingly peaceful sleep, I awoke to a strange feeling.  It was actually a horrible feeling; the feeling of my eyes trying to escape from their sockets.  With ice picks.  And chainsaws.  I took four Tylenol (because I’m sensible) and went back to bed. 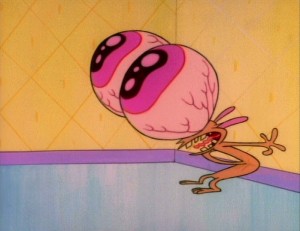 The pain explosion continued forever.  No amount of Advil, Tylenol, or Excedrin would touch it.  If I looked to the left or right, the exploding eyeball feeling returned.  So I did what any mom of a toddler would do: after his nap, I sat in the recliner with Miles and we watched four episodes of “Roseanne.”  When Evan got home, I decided I should probably get this funk checked out.

I went to Urgent Care.  Ugh, the bane of my medical existence.  I absolutely loathe Urgent Care.  It’s where people like me, the lazy and preoccupied, go when their wounds begin to fester and ooze (or stab through their eyeballs).  Here I am in the waiting room, with a man who “hurt his back” on the job, but has no proof of employment; two men waiting to have drug tests, and parents of twin toddlers who are running around the waiting room like maniacs (something toddlers are completely capable of even when they’re sick).

I’m finally seen by a startlingly cute doctor (this never happens at Urgent Care) and he tells me what I already know, but he gives me the drugs…antibiotics, and choirs of angels sing hallelujah!  I’m not a big medicine fan, but I was getting desperate (also, somewhat concerned it just might be West Nile Virus).

Today, my headache is gone, thanks to stead four hour doses of Sudafed and Advil.  I can feel Big Pharma in there, clearing out the funk that has resided in my sinus cavity for the past eight (!!!) days.  Finally, getting back to normal (seriously, I didn’t even drink any wine this weekend until right now).

And so, with the funky funk packing its bags, here are my confessions of the past eight days…

Maybe those aren’t as ridiculous as they usually are after a week in the toddler zone.  It’s tough to be funny and creative when your head is trying to turn itself inside out to escape the mucus.  Truth: I feel a little guilty about the TV, and a little proud about the dusting.  But mostly I feel warm and fuzzy because I CAN FINALLY DRINK WINE AGAIN.

Even though we’ve had the funk in this house, we’ve also had a lot of arts and crafts, pillow fights, book time and snuggles in the past eight days.  Miles has also started saying simple sentences like “Mama’s big helper!” which are simultaneously making me incredibly proud and breaking my heart, because being a mom and watching your child grow up is just emotionally weird sometimes.  More on my Big Helper later, though.

It’s Sunday…10 minutes until True Blood, my last weekend vice before returning to real life.  And I need my Lafayette fix. 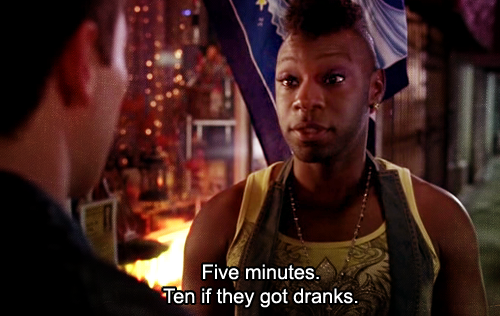 Hi, I’m Kristin. This blog used to entail my amateur chef (read: cooking for free in your own kitchen) adventures, but then we became new parents and life changed, for the better. Now I write about the literal family circus, and finding balance as working parents. Enjoy the long-winded stories, rambling observations, overuse of punctuation, humor and sometimes recipes.

There was an error retrieving images from Instagram. An attempt will be remade in a few minutes.

Rants and rambles about a mom's life

I Am Begging My Mother Not To Read This Blog
Family. Work. Life. Photography
PostSecret
momocular.wordpress.com/

because moms have eyes on everything